Mautic 4.2: One Small Step For Mautic

Photo by Lindsay Henwood on Unsplash

One Small Step For Mautic

Today we have released Mautic 4.2.0, the second feature-based release in the Mautic 4.x series.

We have 31 new features/enhancements, 34 bug fixes and one security fix in this release of Mautic 4.2.0. Thanks to the support of several Mautic agencies and community contributors in our “Open Source Friday” sprints, we have been able to get through a lot with this release.

If you want to jump straight to the release notes, you’ll find them here.

You may ask what is new in Mautic 4.2.0, if you tested the pre-release you would had have an idea, but if you did not, below are some of the new features:

This release includes a security fix for Mautic, which has been back-ported to the final release in the Mautic 3.x series, 3.3.5, which has now reached the end of security support.

As part of our efforts to improve stability and reliability of the updating process, from Mautic 5 we will be removing the ability to update Mautic in the user interface.

In Mautic 4.2 we have introduced a beta feature which allows you to turn on a setting to fully manage your Mautic instance with Composer. This prevents users from updating in the user interface, and allows you to install and manage plugins in the marketplace. Read more about current and upcoming changes on our blog.

Part of the Install/Upgrade Initiative to improve the stability and reliability of the install and upgrade process, this enhancement will now check your hosting environment to ensure that your PHP and MySQL versions are compatible with any updates that are available, and blocks updating until this is resolved.

The wait is finally over for the one click installation of plugins with Mautic Marketplace as we now have it integrated in Mautic 4.2. To install any plugin from the marketplace, you must have your instance managed with Composer and enable the setting mentioned above.

We are currently in the process of reviewing plugins for inclusion in the allow list. If you would like your plugins to be considered please follow the steps here.

Read more about the Mautic Marketplace on our blog.

There are some improvements to the email and landing page builder as you can now add dynamic content from the editor when using MJML themes, and an enhancement which allows you to add emojis in email subjects. 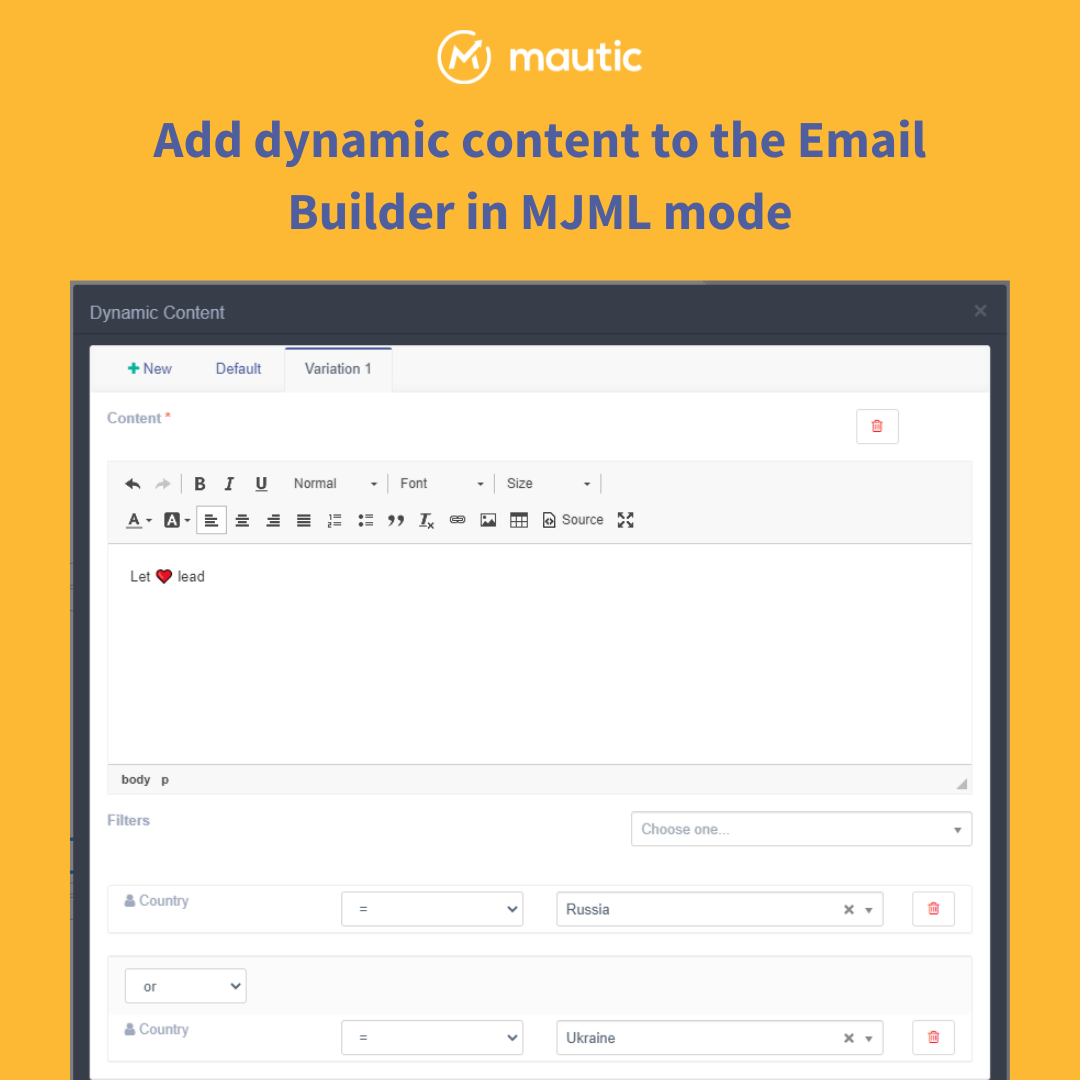 Sometimes a segment may have not been built - perhaps the cron job did not complete or there was some problem which prevented it being rebuilt. Now you will see a warning next to the segment if it has not been rebuilt within a specified time frame.

It is now possible to add scripts to landing pages in the head or footer - for example tracking scripts, focus items and so forth. 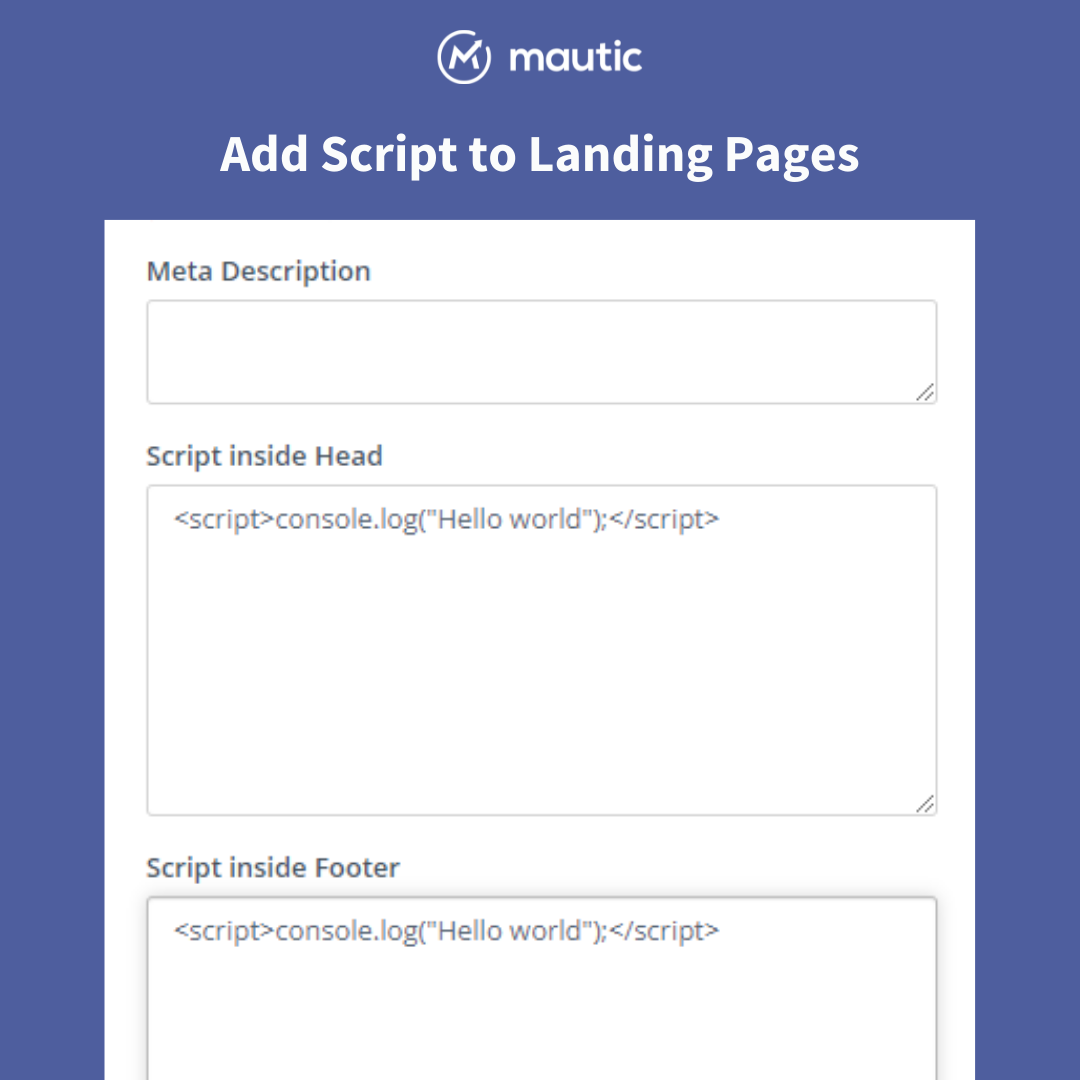 You will notice some useful additions to the tabular layout for landing pages, segments and assets which allows you to view more information and sort by those fields - for example most recently updated. 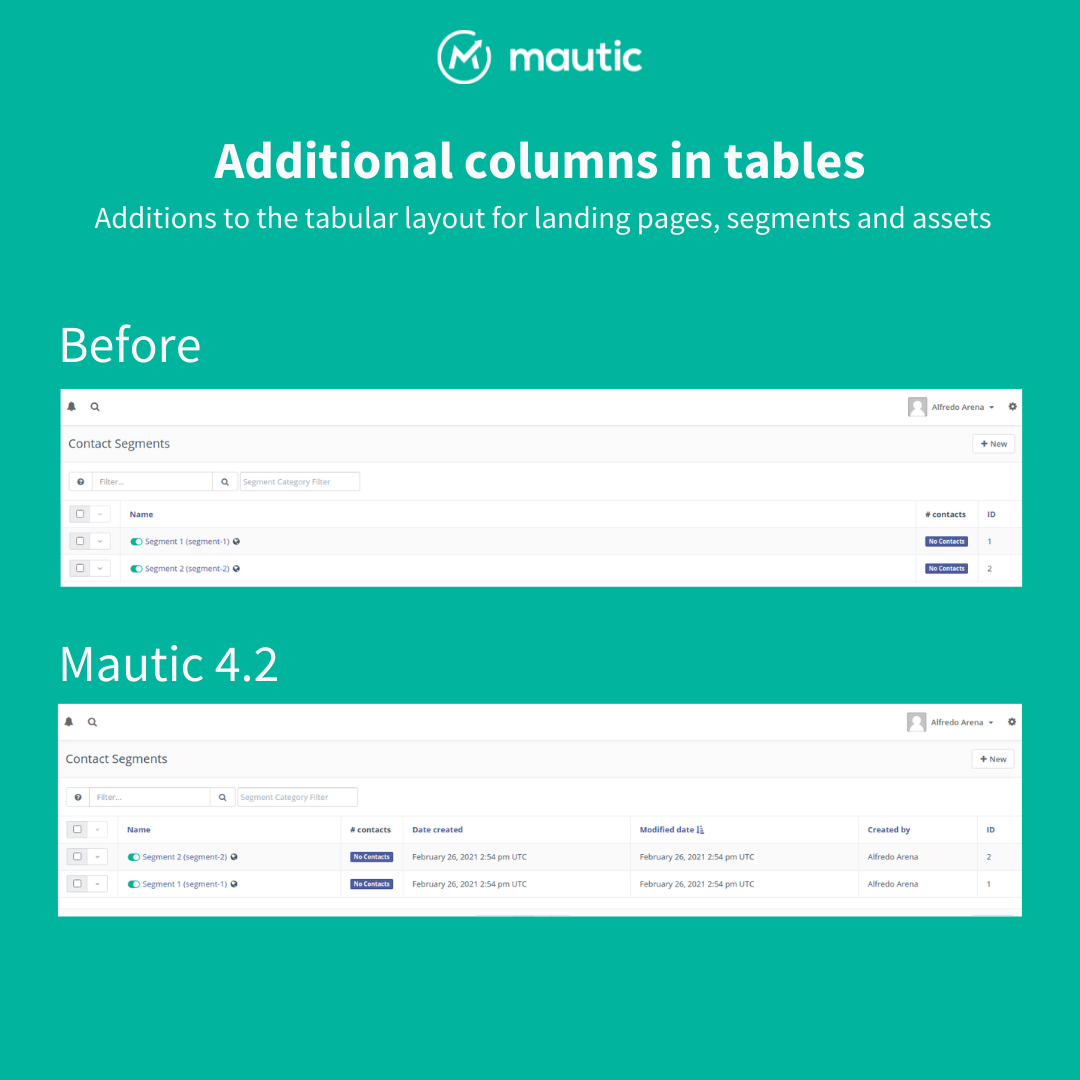 Several improvements to PHPUnit tests have been included in this release, including fixing some errors that were being output when the tests were being run.

When servers are under load, determining what device was being used can take up more than half the request time (2+ seconds). We now Inject a caching solution into the DeviceDetector which should have considerable performance gains.

Every time when a webhook log is created, we check to see if the logs limit is exceeded or not as per defined limit in configuration. If the limit is exceeded then we should delete the logs. There is now a command for removing logs which exceed the maximum limit, using the command mautic:webhooks:delete_logs

We now have support for Redis in DDEV, meaning that you can now fully test in the local environment if you use Redis with Mautic.